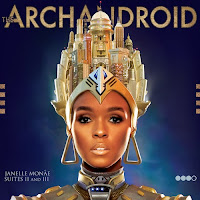 It wasn't easy to make this list this year; albums by Gorillaz, Morcheeba, Hot Chip and Nneka's 'Concrete Jungle' also ended high in my list. I might introduce a top-ten list next year...
You should really check these albums out if you're even slightly interested. All albums are worth listening to, let me know what you think in the comments.
Published by Pierre Serné on Monday, December 06, 2010
Email ThisBlogThis!Share to TwitterShare to FacebookShare to Pinterest
Filed under: Music, NetPierre, Top5